Trame v2 is out and available via pip install trame. Consequently the documentation is now reporting the updated API and capabilities. If you were already working with Trame v1 you can look at our migration guide.

Trame is an open-source platform for creating interactive and powerful visual analytics applications. Based on Python, and leveraging platforms such as VTK, ParaView, and Vega, it is possible to create web-based applications in minutes.

Trame is a Python integration framework to easily build web applications with minimal knowledge of web development or technology. Before trame, building such applications typically required a full-stack developer at least a day. Now any Python developer can build applications in minutes. 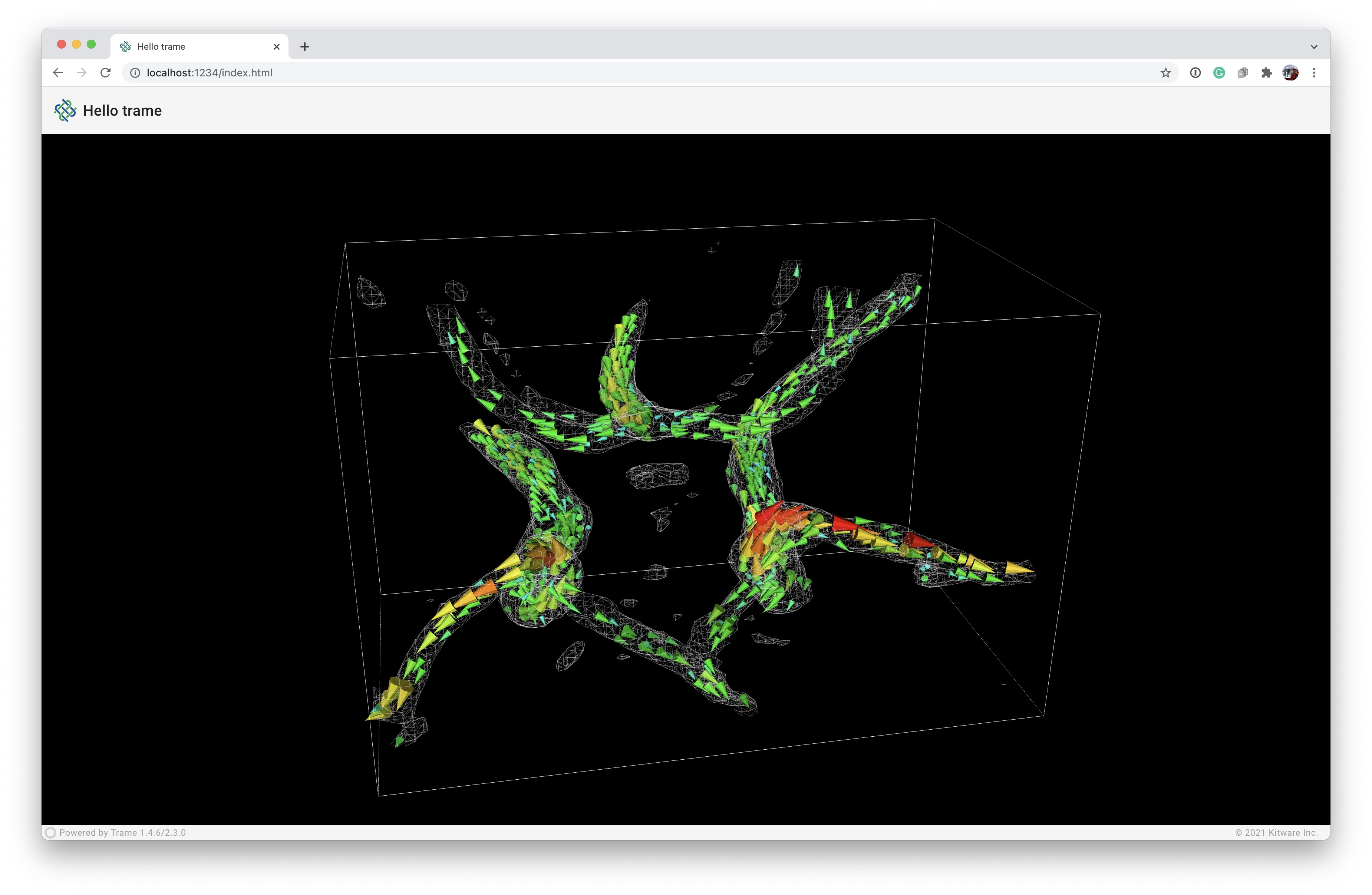 There are variety of tools and frameworks available for building web applications, but very few are capable of providing interactive 3D visualization. Trame does this by leveraging VTK and/or ParaView (as well as integrating other tools such as Vega). Trame is the culmination of decades of work: VTK/ParaView, ParaViewWeb, and vtk.js are just some of the components that trame builds upon, but does so in such a way as to hide the complexity of these underlying systems. For example, by using vtk.js and JavaScript it is possible to build powerful web applications, but this requires significant web-development knowledge. But with trame, the full power of frameworks such as VTK/ParaView are available without the burden of web development.

Building apps with Trame is this simple:

At the end of the day, building a trame application is just a matter of orchestrating the various pieces in a convenient and transparent manner thanks to the trame shared state, and associated controller for dealing with event management.

The best way to get familiar with trame is to follow the tutorial, or use the Cookie Cutter template to build a new application.

Also check out the demonstrative example CheatSheet, and short getting started guide.